Two American masters team up to tickle your funny bone in this little stocking stuffer. Pulitzer Prize–winning novelist John Updike wrote the text, which, among other holiday musings, questions the motives of Santa Claus: “A man of no plausible address, with no apparent source for his considerable wealth, comes down the chimney after midnight while decent, law-abiding citizens are snug in their beds—is this not, at the least, cause for alarm?” And Updike’s jaundiced take on Christmas is perfectly complemented by the darkly humorous drawings of Edward Gorey, whose trademark anxious naifs are here beset by ubiquitous yuletide misfortune. Ho-ho-ouch!

This long out-of-print classic is the perfect stocking-stuffer for any bah humbug.

About the ARTIST
Edward St. John Gorey was a Harvard grad, a brilliant artist, a celebrated set and costume designer (his costumes for a Broadway production of Dracula earned him a Tony Award), a lover of animals (particularly cats) and the arts (he seldom missed a performance of the New York City Ballet), and an avid deltiologist—an obscure word so Gorey—like you might think he invented it himself (it means “a collector of postcards”). His humorously unsettling drawings of vaguely Victorian innocents often facing unfortunate ends became familiar to a wide audience after appearing in the opening credits of the PBS television series Mystery! 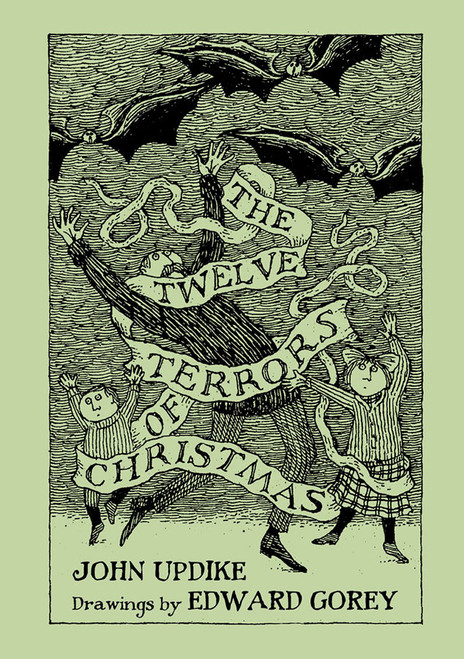