Charley Harper (American, 1922–2007) Woodland Wonders, 1977 A walk in the woods is expertly conceived in Harper’s Woodland Wonders. This image was created for the Cincinnati Nature Center and was his first poster design of over 50 that he would create for nature- and conservation-oriented organizations. As is often the case with Harper’s work, there are critters here that you might not see until you’re well into putting this 1,000-piece puzzle together—like that bullfrog, for instance.

Midcentury modernist Charley Harper (American, 1922–2007) portrayed the natural world with heart and humor. In vivid colors and simple shapes, his cardinals, ladybugs, and clever critters have become icons of wildlife art. His illustrations were published in magazines and books, notably Ford Times and The Giant Golden Book of Biology. A longtime conservationist, Harper created posters for more than 50 nature- and conservation-oriented organizations. His US National Park Service posters—massive, requiring a year each to paint—showcase delightful depictions of entire ecosystems in a style he defined as “minimal realism.” In his adopted hometown of Cincinnati, his public works are the legacy of an artist truly beguiled by the wild, one whose art was a quiet catalyst for ecological action. 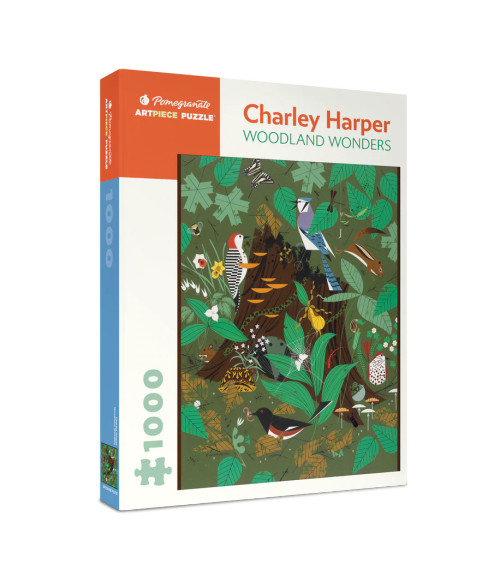